What can I say ? Well, in bridge terms I once won a trophy - the English National Womens Teams 1986, but I haven't played since I don't know when. A long time now. too many other things to do !

I was Secretary to the British Bridge League from 1984 - 1999 when the BBL devolved into its constituent Unions. Now I work for the World Bridge Federation as Communications Manager and also as Secretary to a number of WBF Committees (Medical & Prevention and others), working with the Anti-Doping TUE Committee to ensure bridge remains a clean sport. I organise the World Simultaneous Pairs, plus many others both national and local, and do the Systems Administration for World and European Championships.Together with my partner Mark we run various events for charity and have raised over £1,1,000 in the past few years.

And of course I maintain this website (well the easy bits of it - Mark does the "background programming !)

Has special expertise in organising Simultaneous Pairs events and with her business partner, Mark Newton of ECats Ltd, has developed an online scoring system used for all World, European and British events as well as for many other smaller ones.

I was very proud to be named IBPA International Bridge Personality of the Year 2000, the first woman to be awarded this honour.

Main hobbies: cooking, archaeology (preferably Neolithic, though the Picts are getting a look in these days!), photography (click here to go to my pages of pictures), walking (gentle hills, not-very-steep mountains and big beaches preferred), cooking, a recently acquired interest in bird watching, reading, writing, cooking (and eating), music and films, theatre, travel, red wine, parties and anything else that seems interesting and fun to do at the time - oh and did I mention the cooking ? The photos at the bottom of the page illustrate a couple of these hobbies!

I have 2 daughters - Vickie, who until recently taught dance at a studio in Felixstowe but is now moving on to re-train as a primary school teacher. She lives with another Mark and her daughter, Jasmine, who was be 21 in 2015, and is currently doing her Masters at Cambridge in (heaven help us) Astro Physics.

My younger daughter is Catherine who lives in Bristol and is married yet another Mark and has a son, Sam, who was 5 in 2016 and who is totally delightul;

Until October 2014 Mark and I lived in an Old Railway Station in Suffolk, England which we bought back in 1994, just after the World Championships in Albuquerque. But at the end of October we moved to Orkney (quite a change) and have renovated an old Mill Cottage. We have a satellite dish for our internet connection until new lines come to Orkney and have settled in really well. Have a look at our website about Orkney Living!

Ambitions - well most of them have ben achieved which is wonderful: to live in a croft on Orkney (now achieved); to own a large reptile - iguana preferred. To have time to study photography. To understand tide tables properly. To own a motorhome and travel all over Britain in it (it would have to have a satellite dish for broadband though !) Now achieved. complete with satellite dish and broadband. Its name is Badger and we have great fun with it! I think the main ambition now is to be able to give our families lovely holidays up here on Orkney and to be able to do more travelling and exploring with Badger as we head south to visit them in our turn.

Unusual experiences: well not that many really, but one which was a bit different was when I was asked to be "Father of the Bride" to a dear friend, "Mac" ... Mac was in deep trouble as she had so many male friends demanding to be "father" and she knew that many would be offended if she didn't choose them. So ... as a friend in need, I volunteered, and was happily accepted! It was a great day, and Mac's Wedding will stay with me as a truly memorable experience, as well as an extremely enjoyable one.

And here are some family photos which you may enjoy ! 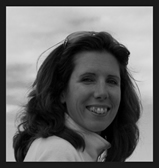 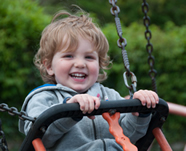 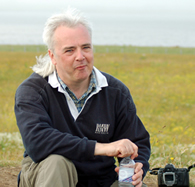 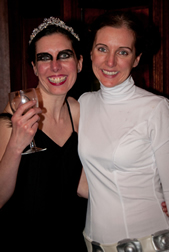 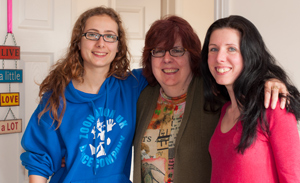